Is It Safe to ‘Smoke’ Alcohol?

The safety and long-term health effects of using e-cigarettes or other vaping products still aren’t well known. In September 2019, federal and state health authorities began investigating an outbreak of a severe lung disease associated with e-cigarettes and other vaping productsTrusted Source. We’re closely monitoring the situation and will update our content as soon as more information is available.

Instead of drinking the old-fashioned way, some people are vaping or “smoking” alcohol to get drunk.

This dangerous practice involves heating alcohol or pouring it over dry ice and inhaling the resulting vapors. Some people also use asthma inhalers or homemade vaporizing devices.

There isn’t much research on vaping alcohol for recreational purposes, but several factors indicate that it’s not safe and can be more dangerous than traditional drinking.

Vaping alcohol might sound like a novel way to get drunk while avoiding the taste of alcohol. However, doing so has serious health and safety risks, including alcohol poisoning and lung damage.

Read on at healthline.com to learn more about the risks of vaping alcohol. 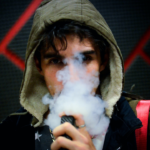 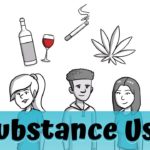